Robert Kerry Sawyer (born 30 June 1988, also known as stage name Rob Wyze, is an American
rapper, singer, and song writer. His name was originally chosen in a poll by fans. Sawyer wanted a name that had a natural name feel and not so much like a stage name. Fans chose the name Rob Wise. Wise, chosen by a high school classmate who stated that in high school Robert was very intelligent and among the wiser of his group and Rob a shortened version of his first name. He then added his own creative input changing the ‘I’ to a ‘Y’ and the ‘S’ to a ‘Z’, thus creating the name. Rob Wyze.

Robert first found success with the release of his “Yeet Sweat” Album. A hip hop/rap album with two lead singles “Miss It” and “Desires” totaling 1666 Plays after its 2020 release. Followed by “Yeet Sweat 2” which was heavily hip hop and R&B influenced. The album had three top singles “Issa Secret” “Difficult” and “Luv Remix”. The third album “Yeet Sweat 3” (released 30 June 2022) topped with Sawyers highest ever pre-saves and preorders.

Robert Kerry Sawyer was born 30 June 1988 in Trenton New Jersey to Robert Bolling (Father)
and Denise Sawyer (Mother). He graduated from Trenton Central Highschool where he participated in
track and field in 2007. Robert stated he remembers being heavily influenced by groups like Dru Hill and Jagged Edge in his younger years. From the Singing style and harmonies of Dru Hill and Jagged Edge to more modern influences such as Elhae, Bryson Tiller and the rap style of J. Cole. Rob has pulled inspiration from these artists and created his stage persona Rob Wyze.

Sawyer began his career as an artist in 2010 under the name R.O.B. releasing his first solo
project “Drastic Measures” a rap influenced mix tape. In 2012 he began releasing more solo music under Rob Wyze. Wyze’s Debut project being “Snot Nose” with “Another level” being the leading single. This tape had a heavy hip hop/rap influence as it wasn’t until later projects that Rob started doing more singing on his music releases. Rob has released approximately 53 songs and 6 EP/Mixtape projects under the name Rob Wyze between 2012 and June of 2022. 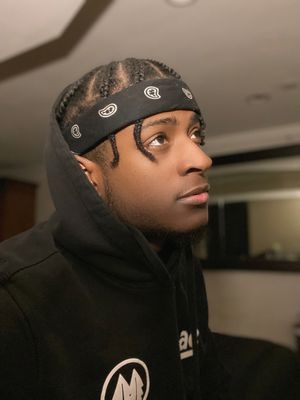